The Indiana Office of Community and Rural Affairs (OCRA) is now employing the Community Vitality Indicators (or CVI) as a way of assessing how well counties in the state are doing on a core set of metrics. Taken together, these variables are intended to provide counties with a snapshot of how they stack up relative to other counties in the state. By tracking these measures over time, counties are able to determine the degree to which they are achieving positive improvements on one or more of these key measures.

At present, CVI is constituted of six variables. They are:

The Rural Indiana Stats site provides information on all six items for each of Indiana’s 92 counties. Aside from providing counties with statistical data on each item, counties are given a ranking on each variable. For example, a county with the best public high school graduation rate is assigned a rank of “1” while the one with the lowest high school graduation rate is given a rank of “92”. The final overall ranking of a county is simply the summation of its ranking on all six measures, arranged in ascending order (with the lowest number representing the top ranking and the highest number representing the county with the poorest ranking). For purposes of this analysis, all six variables are given equal weights. 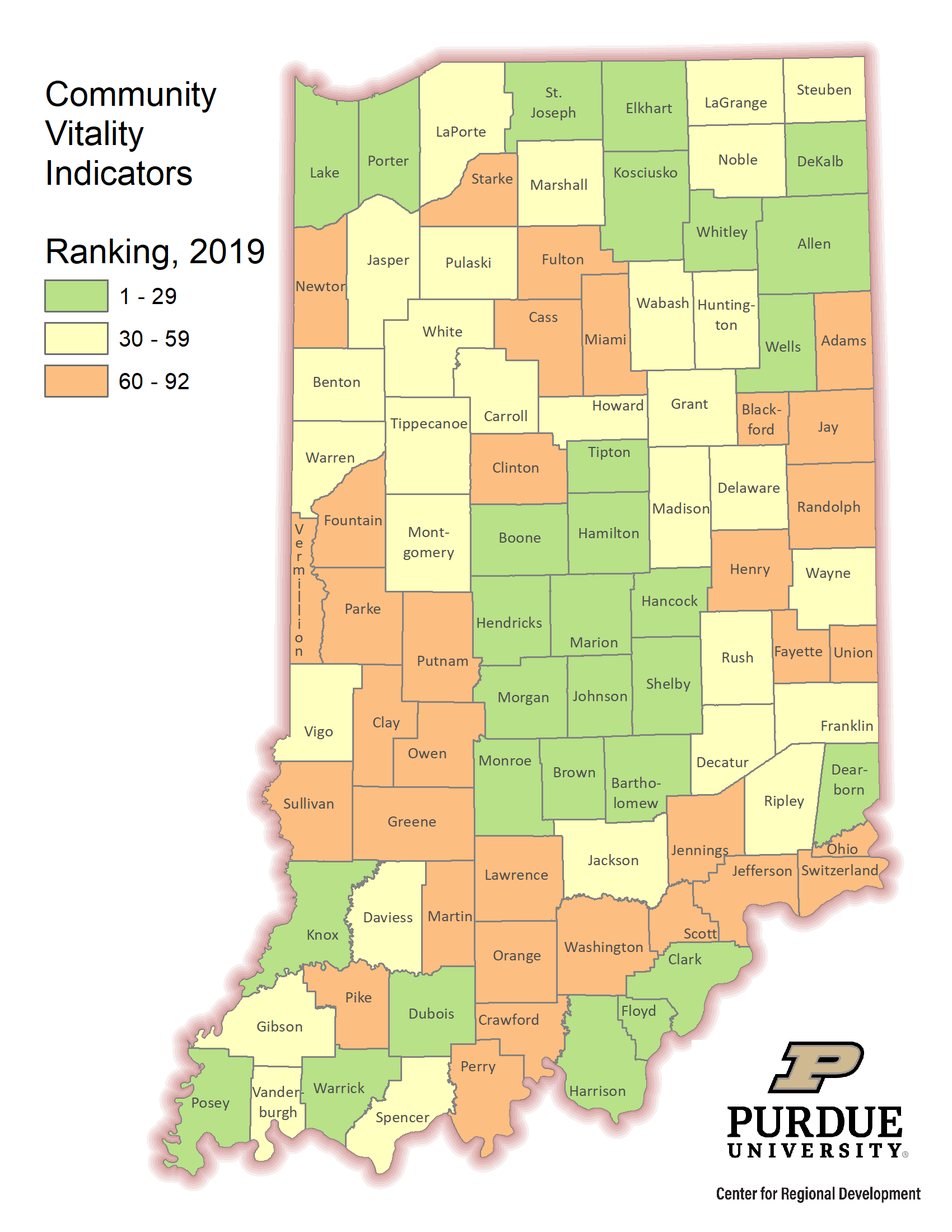