Home > About Us > Meet Our Team > Bertin Mbongo 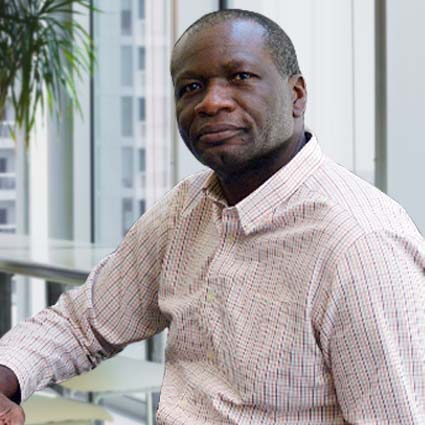 Get to know me

Bertin Hilaire Mbongo is a GIS Analyst who joined the Purdue Center for Regional Development (PCRD) in 2019. He uses various GIS and statistical tools for spatial analysis and visualizations of land cover, demographic patterns, natural resources and the economy. Bertin has worked with the Purdue Library where he served as a GIS consultant, contributed to the digitalization and archiving of Purdue Library depository maps and training of students in GIS.

Bertin has a Master of Science in Agricultural and Systems Management from Purdue University. He conducted research on Water quality related to pesticide and fertilizer issues while a student in that program. He has also earned a Master’s degree in Geology from University of Strasburg, France and in Environmental Management from Senghor University, Alexandria, Egypt.

Bertin is passionate about UAV (drones) technology he builds and flies drones for their application in cartography and as a hobby. He lives with his wife and three children in West Lafayette.