Remote Work and the Coronavirus 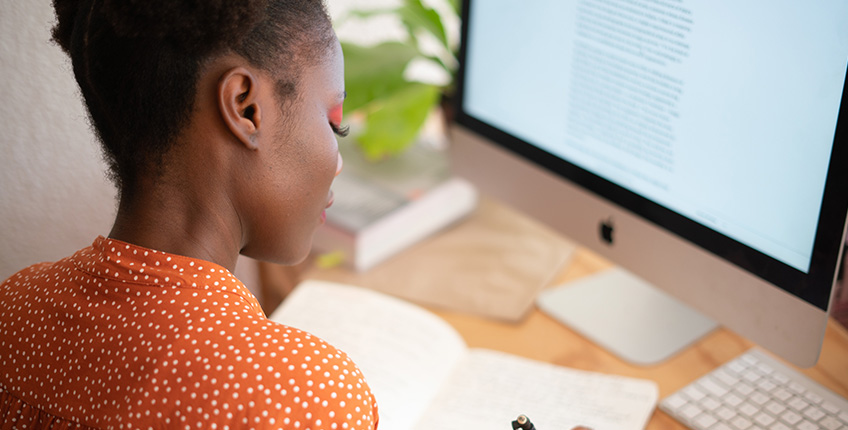 Roberto Gallardo is assistant director of the Purdue University Center for Regional Development and a Purdue Extension specialist. He is the author of Responsive Countryside: The Digital Age and Rural Communities.

Richard Florida is University Professor at University of Toronto’s School of Cities and Rotman School of Management, Distinguished Fellow at NYU’s Schack Institute of Real Estate, and co-founder of CityLab. He is author of The Rise of the Creative Class and most recently of The New Urban Crisis.

In the wake of the coronavirus crisis, large segments of the U.S. workforce have shifted to remote work. The history of similar pandemics like the 1918 Spanish Flu indicates that they occur in waves. Even as the first wave of the crisis ends in a couple of months, we need to ready our workforce and our communities for a protracted period of protecting ourselves as we battle the virus. That means that a substantial share of Americans will be working remotely for the foreseeable future. Surveys and polling data suggest that more Americans desire to work remotely in the wake of the current health crisis. And we can expect an increased share of the workforce and companies to remote work as they realize the cost-savings and other benefits.

But not all workers and communities are equally prepared for remote work or e-learning. Studies have found not all jobs/occupations are remote work friendly and internet access among school districts vary significantly. Two factors in particular affect workers’ ability to work remotely in their communities. The first is the availability of ubiquitous, adequate and affordable digital connectivity, which varies widely across the country. The second is the share of jobs that can be done via remote work. This too varies across the country, with remote work amenable jobs concentrating in large metros and tech hubs.

How ready are America’s communities for the new realities of remote work?

To get at this we looked at two factors: 1) the availability of digital connectivity and/or 2) the share of workers employed in industries and occupations that are amenable to remote work. We focused on how vulnerable counties are by looking at the places that have inadequate digital connectivity—including access to the internet and devices—and places where a higher share of workers are employed in industries/occupations that are not remote work friendly.

If a particular county has both limited digital connectivity and a higher share of non-remote work workers, it will more than likely struggle to leverage e-learning and remote work. We looked at the geography of remote work across America’s 3,000 plus counties.

Here are some key dimensions of our analysis.

Limited digital connectivity
We divide counties into five equal groups or quintiles in terms of internet and device connectivity based on three variables: 1) percent households with no internet access or relying solely on cellular data to access the internet (Int1); 2) percent households with no computing devices or relying solely on mobile devices to access the internet (Int2); and 3) percent population with access to no providers or access to up to 10/1 advertised speeds only (Int3). The data source was the 2014-2018 ACS 5Yr. and the Federal Communications Commission Form 477 December 2018 v1 version.

Remote work potential
To get at the potential for remote work, we identified several occupations and industries that overall engage less in working from home. In regards to occupations, we calculated the share of workers employed in service, natural, construction, maintenance, production, transportation, material moving, and military specific occupations (Occ) and in regards to industry, we calculated the share of workers employed in construction, manufacturing, wholesale, retail, transportation and warehousing, utilities, and government, including armed forces (Ind). Again, counties were divided into five equal groups or quintiles using data from the 2014-2018 ACS 5 Yr. survey.

You can search for your county/state in the interactive map at the bottom and see the percentages on the right-hand side of each of the five variables utilized. Also, Census tracts are available if you zoom into a particular county. Click anywhere on the map to see the variables for a specific county/tract.

We end up with data on 3,103 counties, after consolidating Virginia’s independent cities and counties and removing Rio Arriba County in New Mexico due to insufficient data.

Important to keep in mind is that although counties may have been labeled no or low vulnerability does not mean they are not vulnerable. All counties had a percentage of their population or workers with low digital connectivity and/or employed in non-remote work friendly jobs/occupations (see Figure 2 below).

Figure 1 lists the share of counties with no, low, moderate, and high vulnerability.

Low vulnerability
Roughly one-third of counties (1,063) have low vulnerability to the outbreak since they placed in the highest quintiles in 1 or 2 of the variables analyzed. In other words, for the most part they will be able to implement the mitigation strategies.

High vulnerability
Roughly ten percent (330) fall into the high vulnerability category. These counties will have a very hard time implementing the mitigation strategies recommended. This means their social distancing efforts will be undermined placing their students and workers in distress during this outbreak. 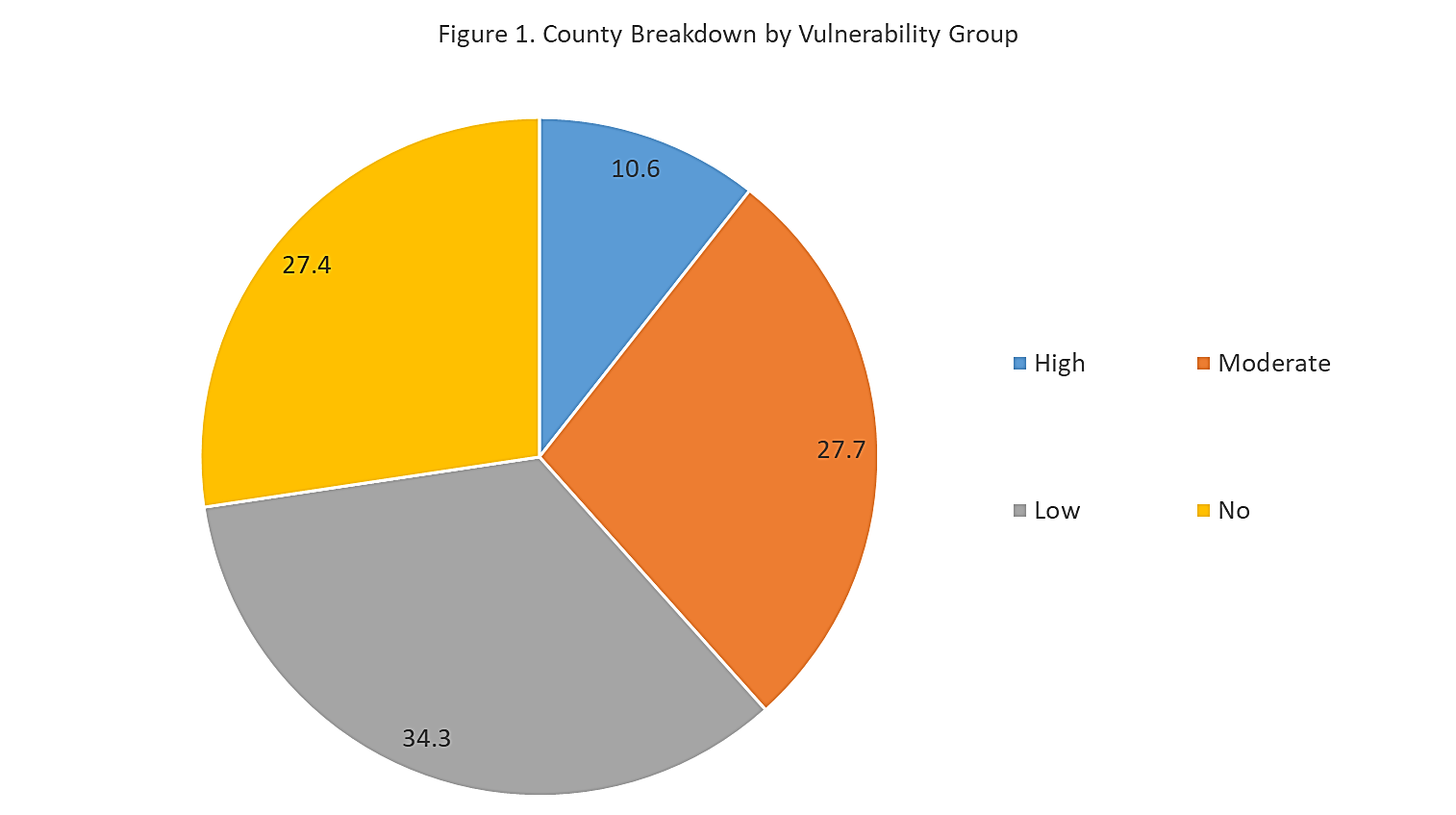 Important to note as well is that the no vulnerability counties still had percentages of their population and workers that will struggle when implementing these containment strategies. Consider for example that close to one-quarter of homes (about 18.2 million) in the no vulnerability category had no internet access or relied solely on cellular data for internet access while a little over one-fifth of homes (about 16.4 million) did not have computing devices or relied only on mobile devices to access the internet. These homes and workers will struggle when these containment strategies are implemented even though they live and work in no vulnerability counties.

Figure 3 breaks down the vulnerability groups by type of counties using the urban influence codes developed by the United States Department of Agriculture Economic Research Service. This typology groups counties into twelve different categories ranging from large metros with 1 million or more residents to noncore not adjacent to metro or micro areas without a town of at least 2,500 residents. 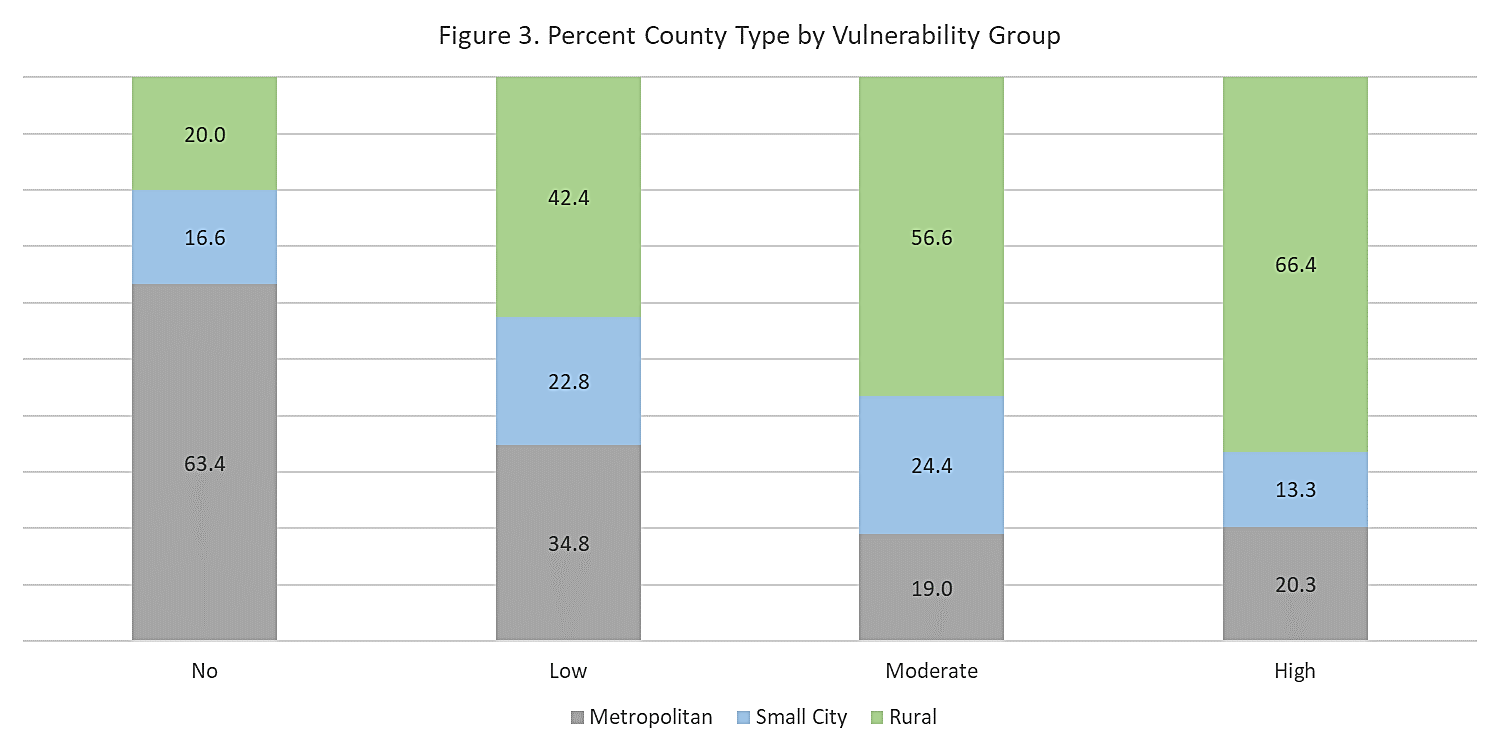 Figure 4 breaks down the data by age groups. It shows a slightly higher share of those ages 65 and over in counties with a high vulnerability (18.2%) compared to those with no (14.9%) or low (15.4%) vulnerability. In addition, about one-fifth of residents (22.6%) in high vulnerability counties were children (under 18). 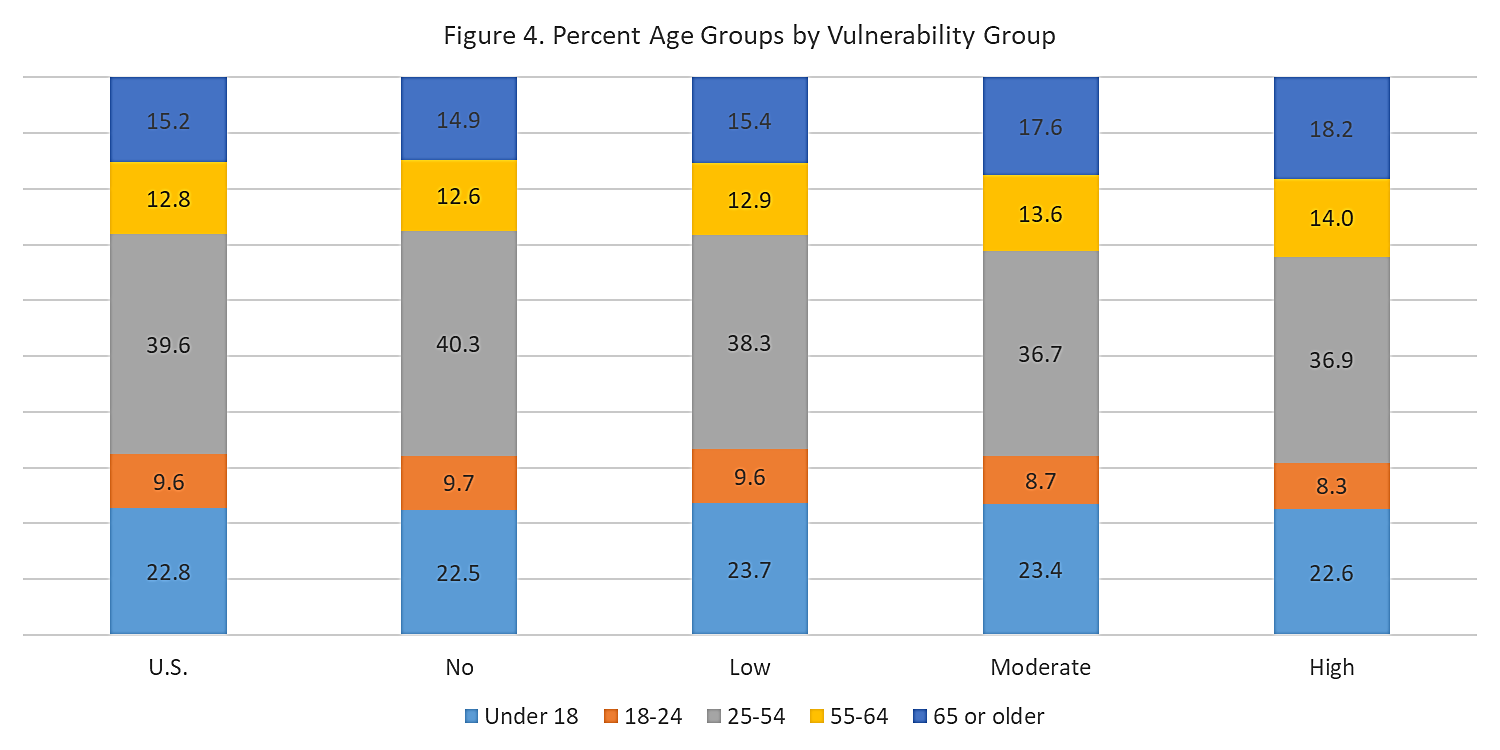 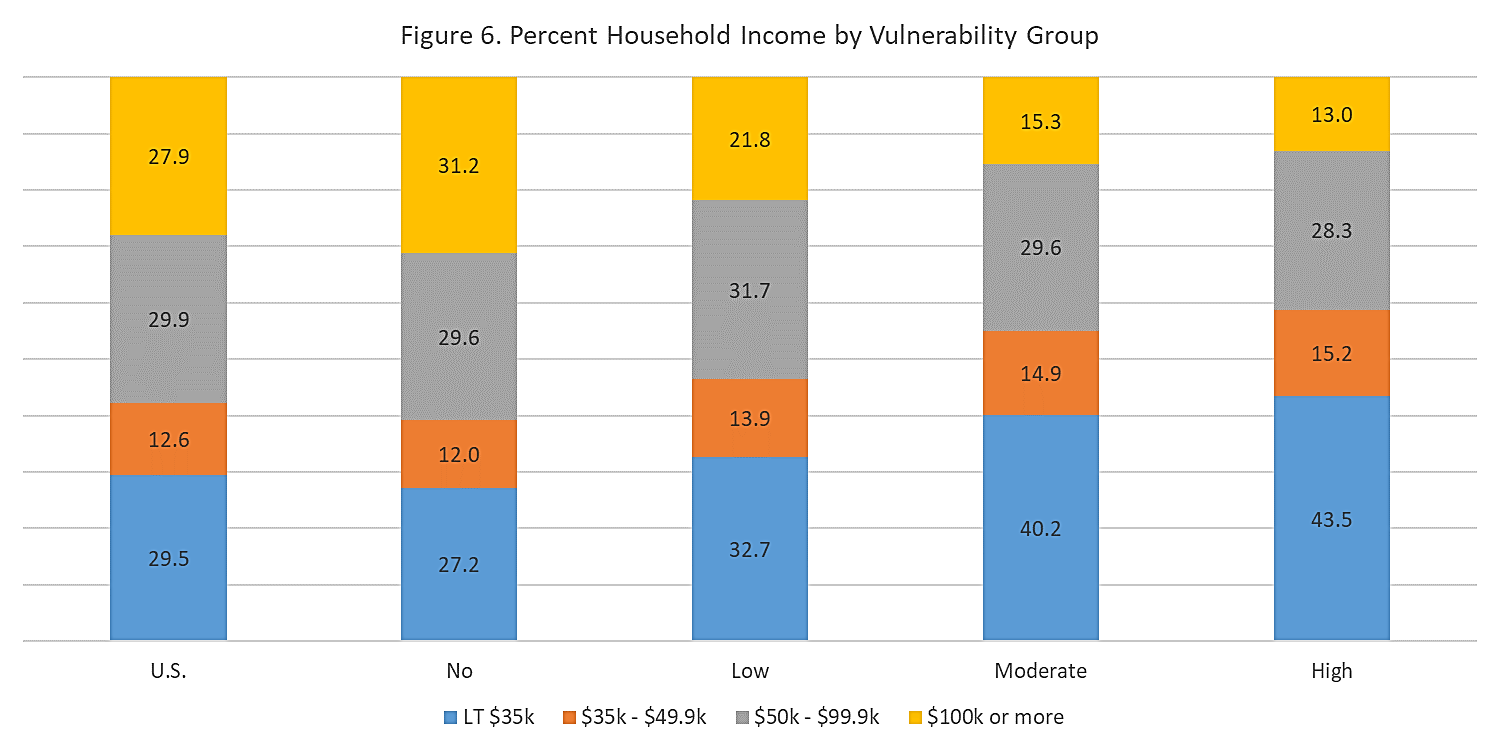 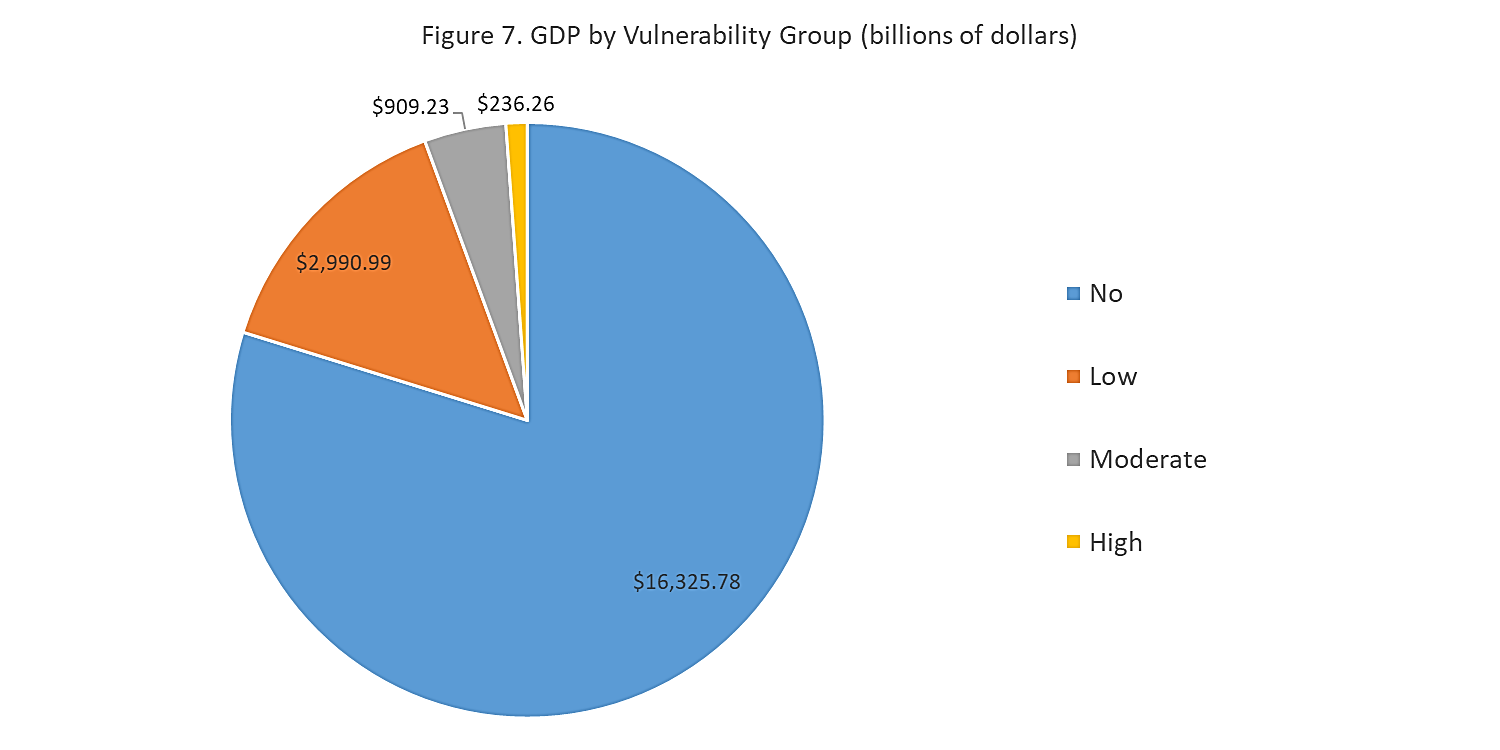 Unemployment and Not in the Labor Force

Figure 8 shows that high vulnerabilities counties had a lower employment rate among those ages 16 to 64, a higher unemployment rate, and a higher share of those not in the labor force. 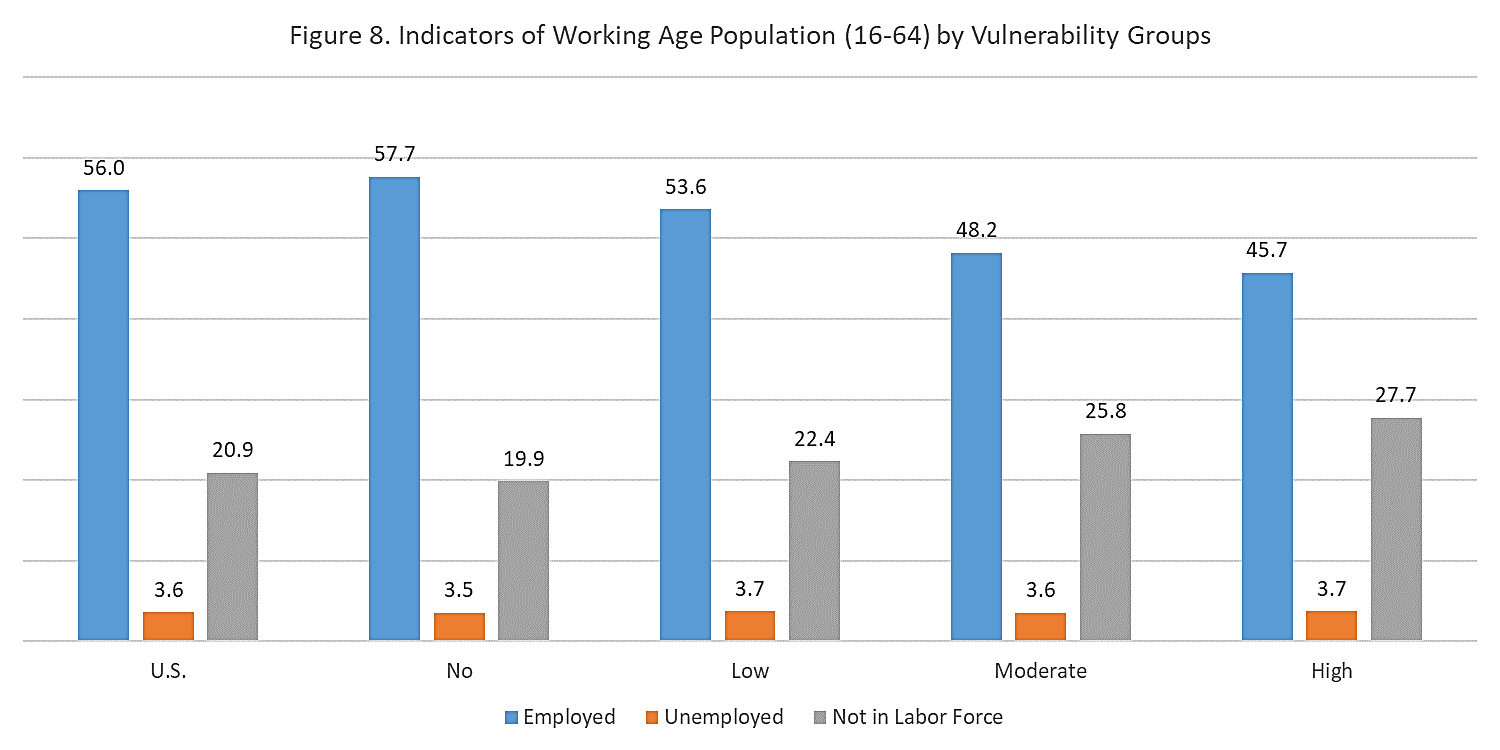 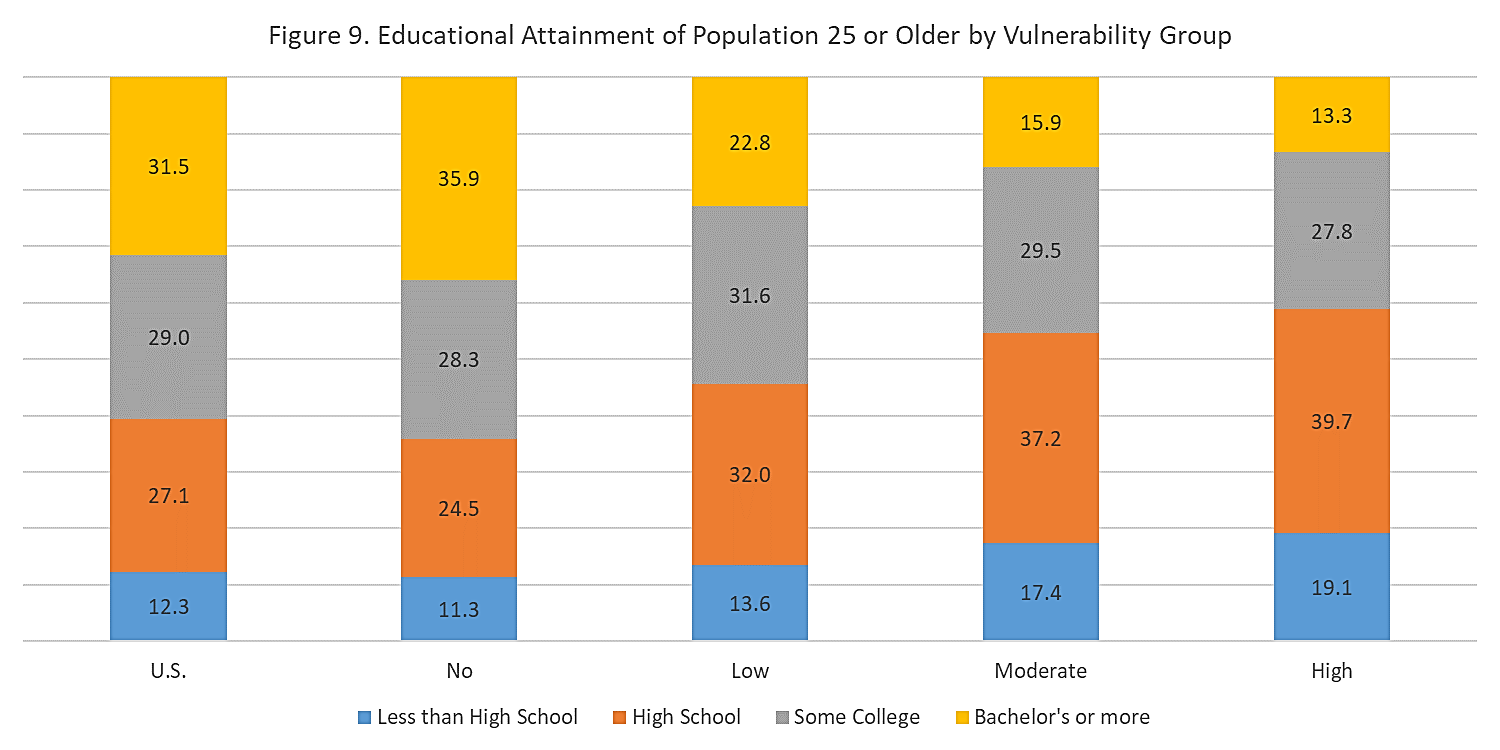 The coronavirus crisis has ushered in an unprecedented shift to remote work. Millions across the country are using their digital technology—computers, laptops and phones—to work from home as this crisis unfolds across the nation and the world. But just as our country suffers from economic and spatial inequality, so too do we suffer from inequality in which kinds of places are most prepared for remote work and which are most vulnerable.

Our analysis looked at how America’s more than 3,000 counties are able to implement remote work in terms of two key variables—how limited their digital connectivity is (including access to internet and devices) and those that have a higher share of workers employed in industries and occupations least amenable to remote work.

The counties that are best positioned for success with remote work are more urban, have larger economies, more educated workers, and higher incomes. Conversely, those that are most vulnerable are smaller, more rural, suffer from high rates of unemployment and have less educated workers.

That said, even the least vulnerable places across the country have some percentage of residents and workers who are not well suited for remote work, who suffer from inadequate connectivity, and work in occupations or industries that are far less amenable to remote work.

Keep in mind that the ability of employers to deploy a remote work system (e.g. telework policies, telework mindset and culture, information technology, etc.) was not factored in this analysis. This is a critical element to keep in mind when gauging effectiveness of remote work strategies. Likewise, the ability of school districts to deploy e-learning varies, even among districts that have adequate connectivity.

Remote work and the challenges and inequities it brings will be with us for a while. Pandemics like the current coronavirus unfold in waves lasting 12 to 18 months. During that time, many of us will continue to engage in remote work. And even after, many may continue to do remote work as a growing number of workers value its flexibility and a growing number of firms realize that it can save them money. It is also likely to benefit large congested cities by reducing traffic and enabling the conversion of some office space into residential uses.

Having trouble viewing the map? View in new window. 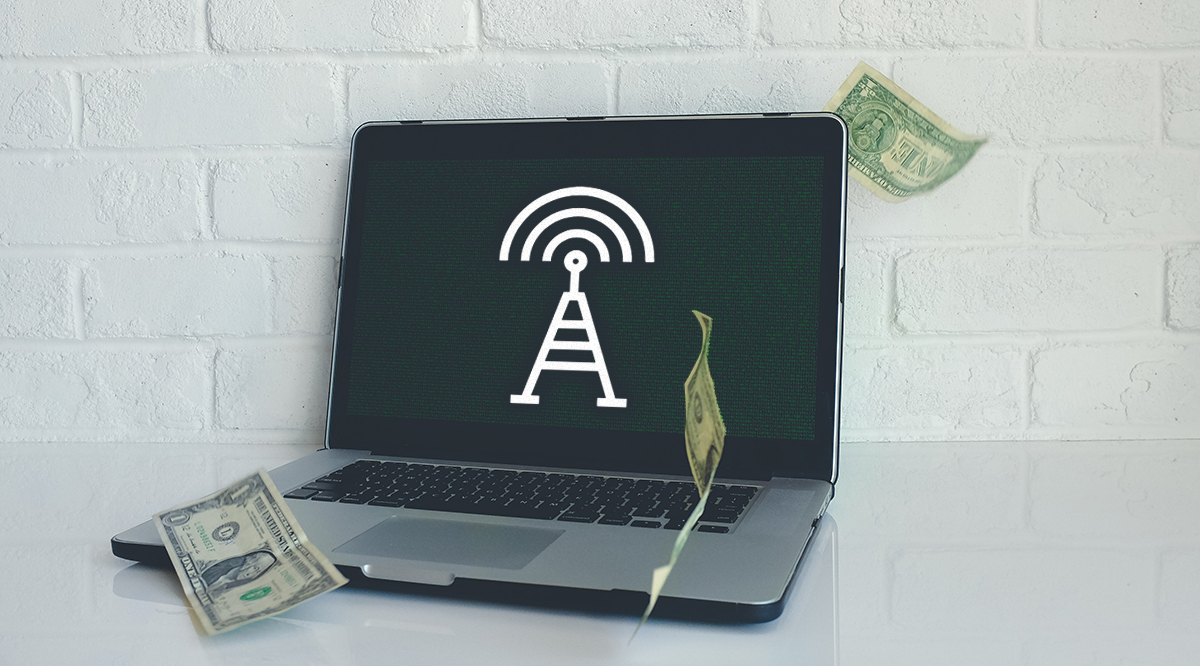 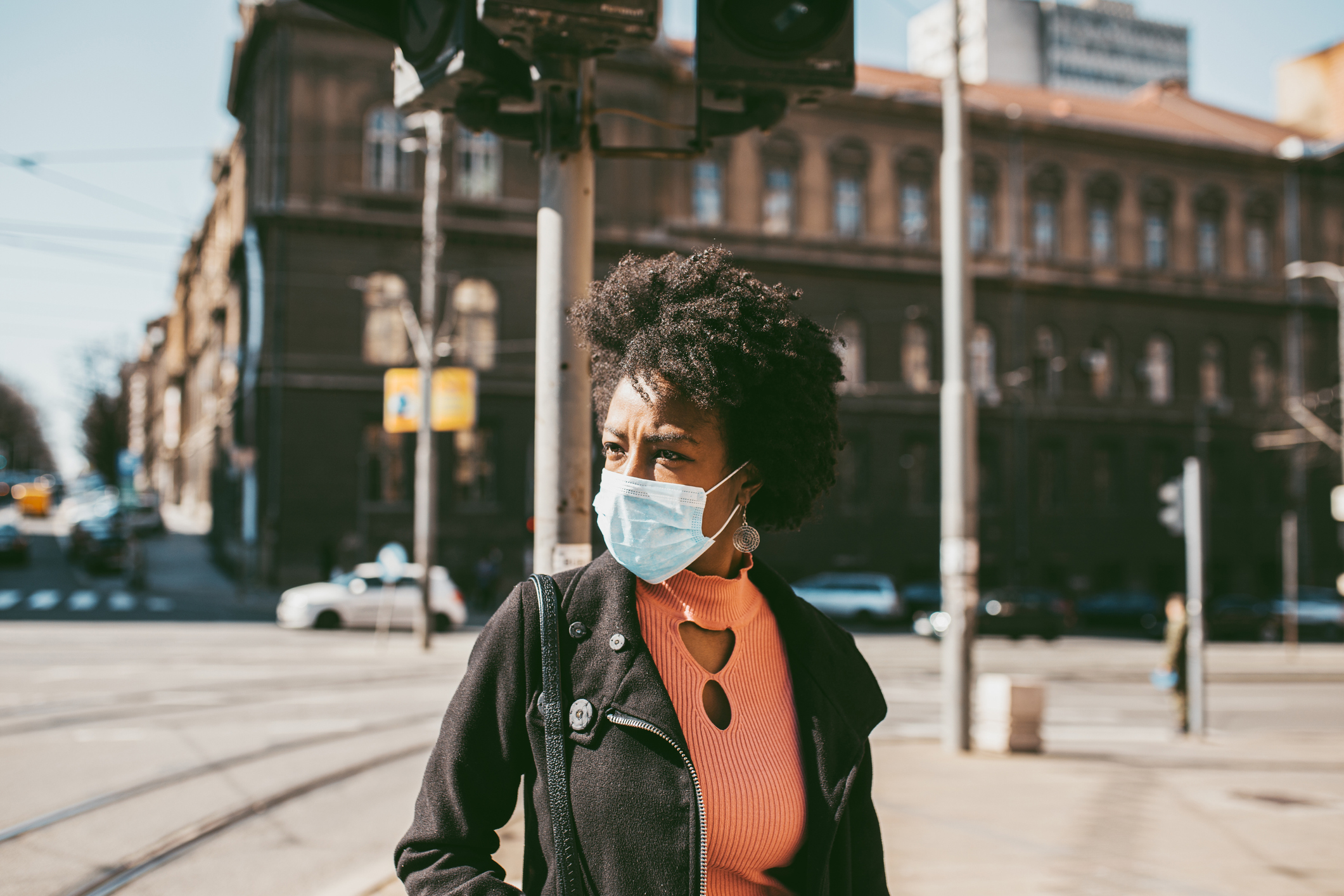 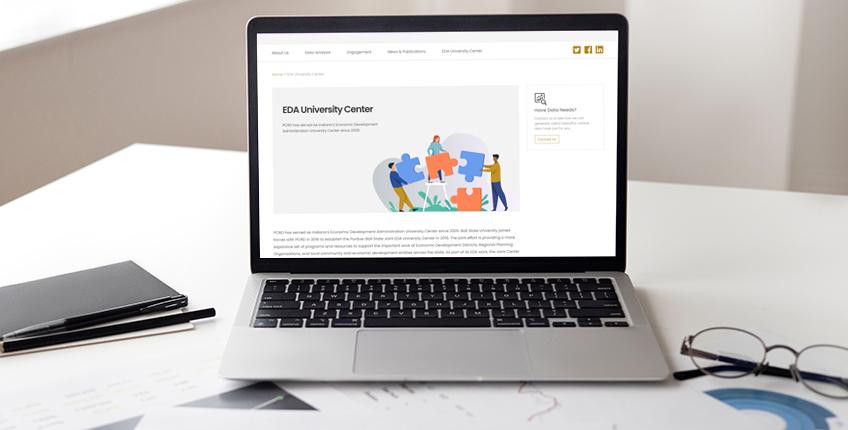 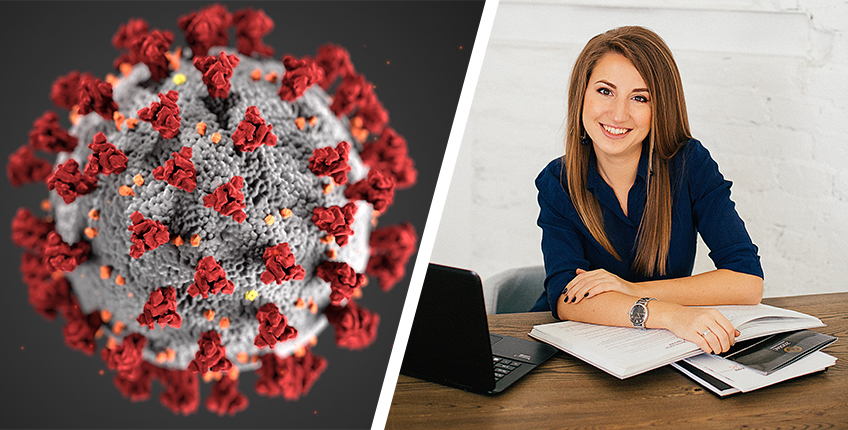