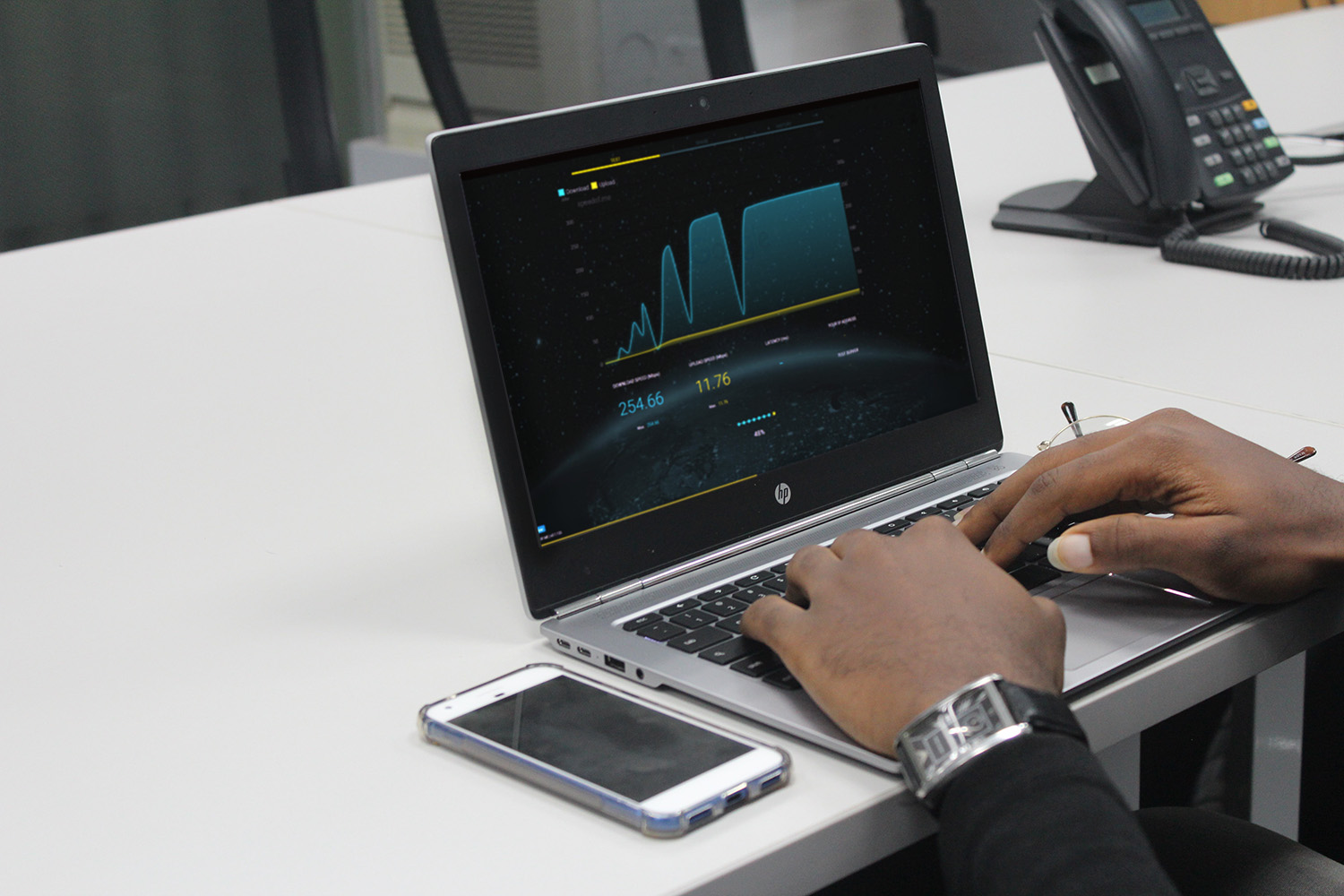 By Roberto Gallardo and Brian Whitacre

Broadband data and maps have gotten a substantial amount of attention recently. In fact, Congress passed the DATA Act earlier this year to improve the accuracy of broadband maps.

Why? Well, broadband results depend on who you ask.

According to the Federal Communications Commission (FCC) Form 477 dataset—known to overestimate availability—approximately 21.3 million people lacked access to 25 Megabit per second (Mbps) download and 3 Mbps upload speeds as of December 2018. Compare that number to Microsoft’s where over 157 million people did not actually use the internet at speeds of at least 25 Mbps or BroadbandNow’s analysis concluding that at least 42 million people—twice the FCC’s number—did not have access to broadband.

Given that the FCC dataset is the most detailed dataset available—despite its multiple flaws—and utilized for funding and planning, we wanted to provide more information to properly interpret this data. We attempted to do this by comparing FCC average maximum advertised speeds with average M-Lab actual speed test results at the county-level in 2018.

Speed test results were obtained from M-Lab’s data repository (Kudos to M-Lab’s staff for providing the SQL script!). M-Lab is an open source database with contributors from civil society organizations, educational institutions, and private sector companies. For example, the TestIT app developed and promoted by the National Association of Counties (NACO) leverages the M-Lab platform, storing its results in their own database, and also sending the test results themselves to the M-Lab dataset.

As seen in the table, there were about 134.1 million speed tests conducted with download data and about 115.1 million with upload data in 2018. This compares to about 21.5 million records included in the FCC December 2018 dataset.

Keep in mind, however, that these differences are likely explained by two main factors. First, the fact that some consumers (and ensuing speed tests) did not subscribe to the maximum advertised speed offered. For example, choosing to pay for a 25 Mbps connection instead of upgrading to a more expensive 200 Mbps.

Second, and more technical, M-Lab speed tests measure TCP reliability by measuring bulk transport capacity using a single stream test. The FCC maximum advertised speeds, on the other hand, are representative of total link capacity, not bulk transport capacity. In addition to these measurement differences, speed tests are affected by multiple factors that are not necessarily related to the bandwidth available. For example, the type of device, time of day, whether it is a wireless or wired connection, and number of devices connected at the time of the test affect the results.

Despite the technical differences, we feel these both metrics provide a richer, more useful context when interpreting broadband data. 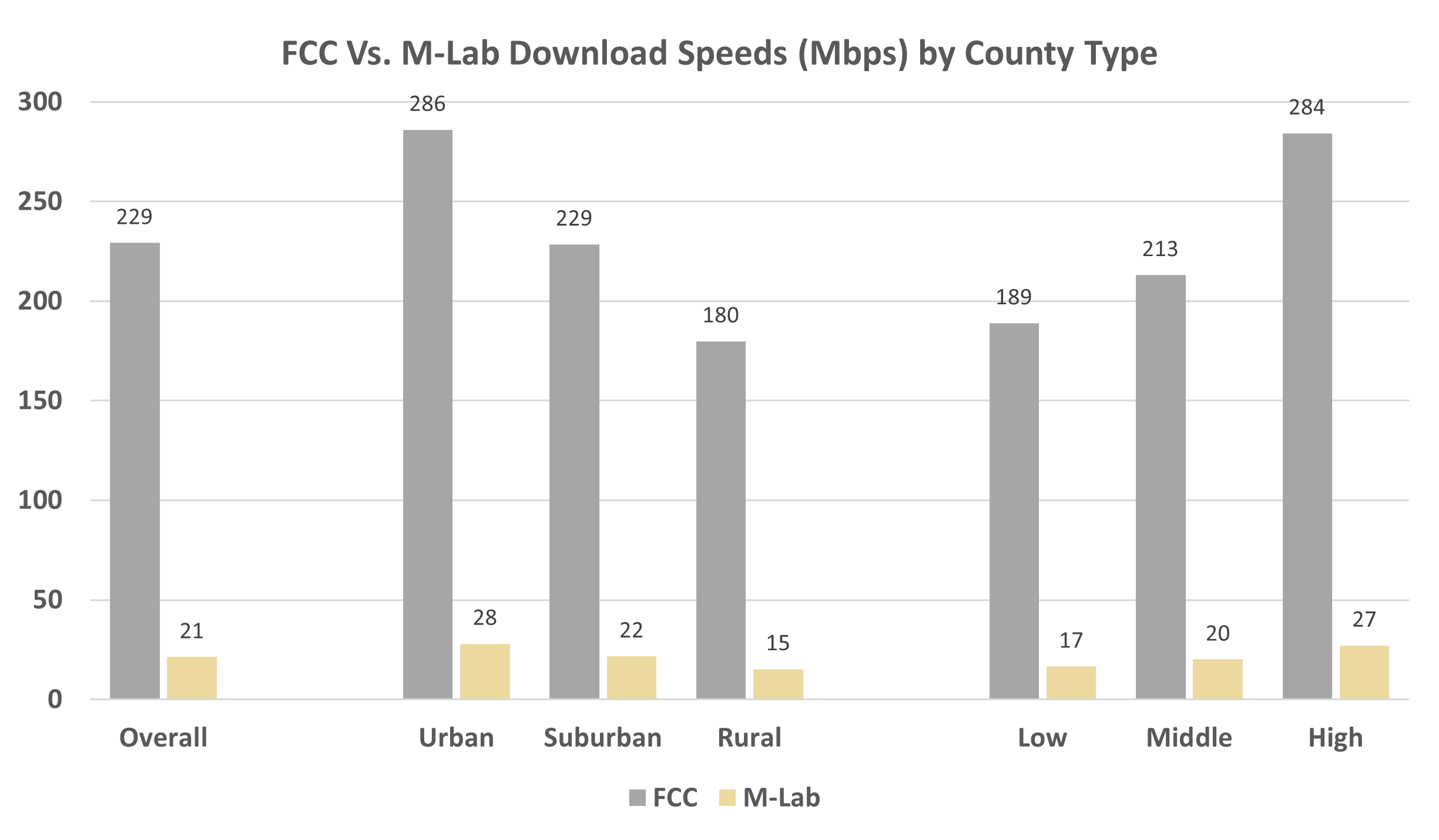 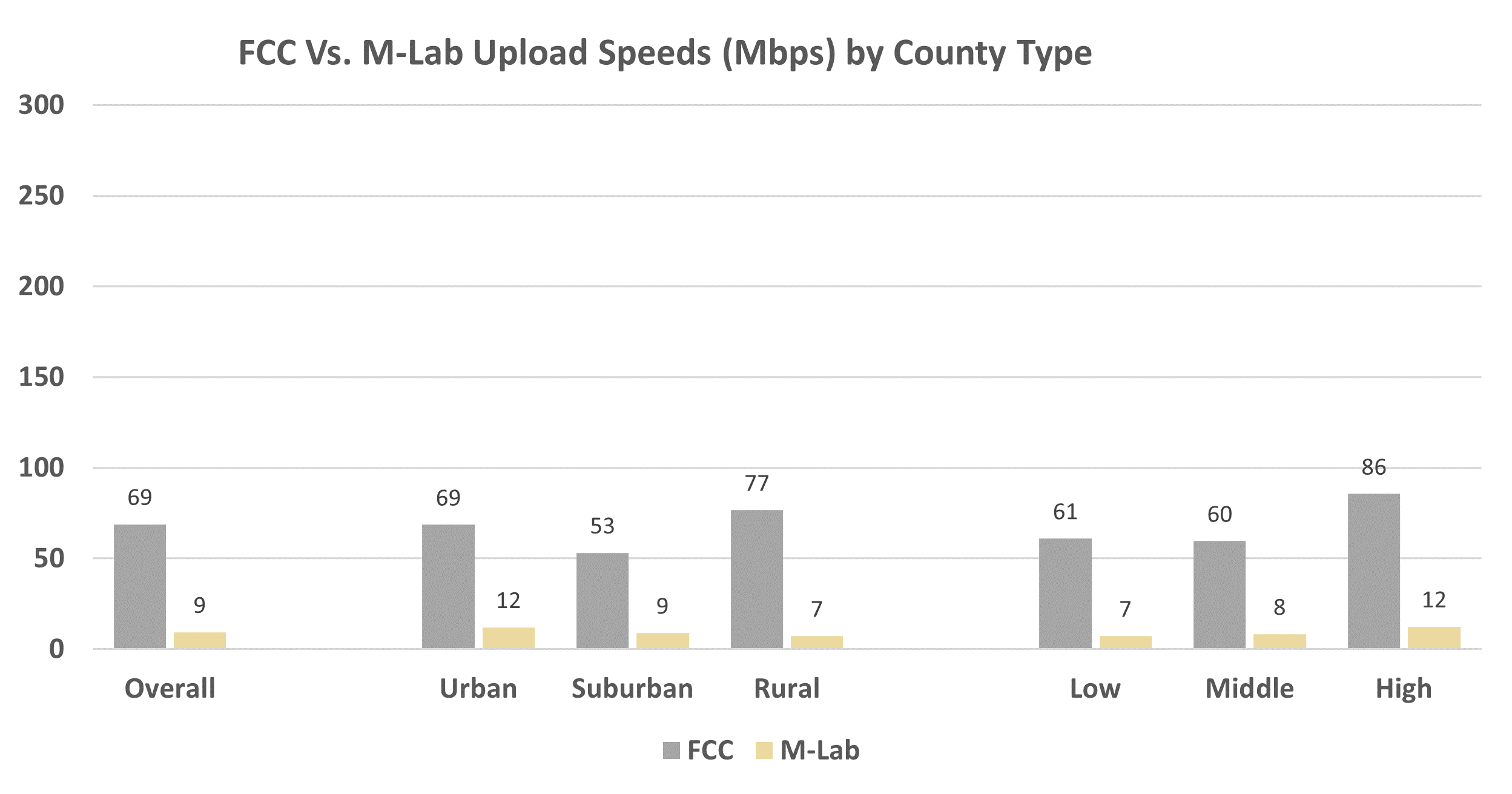 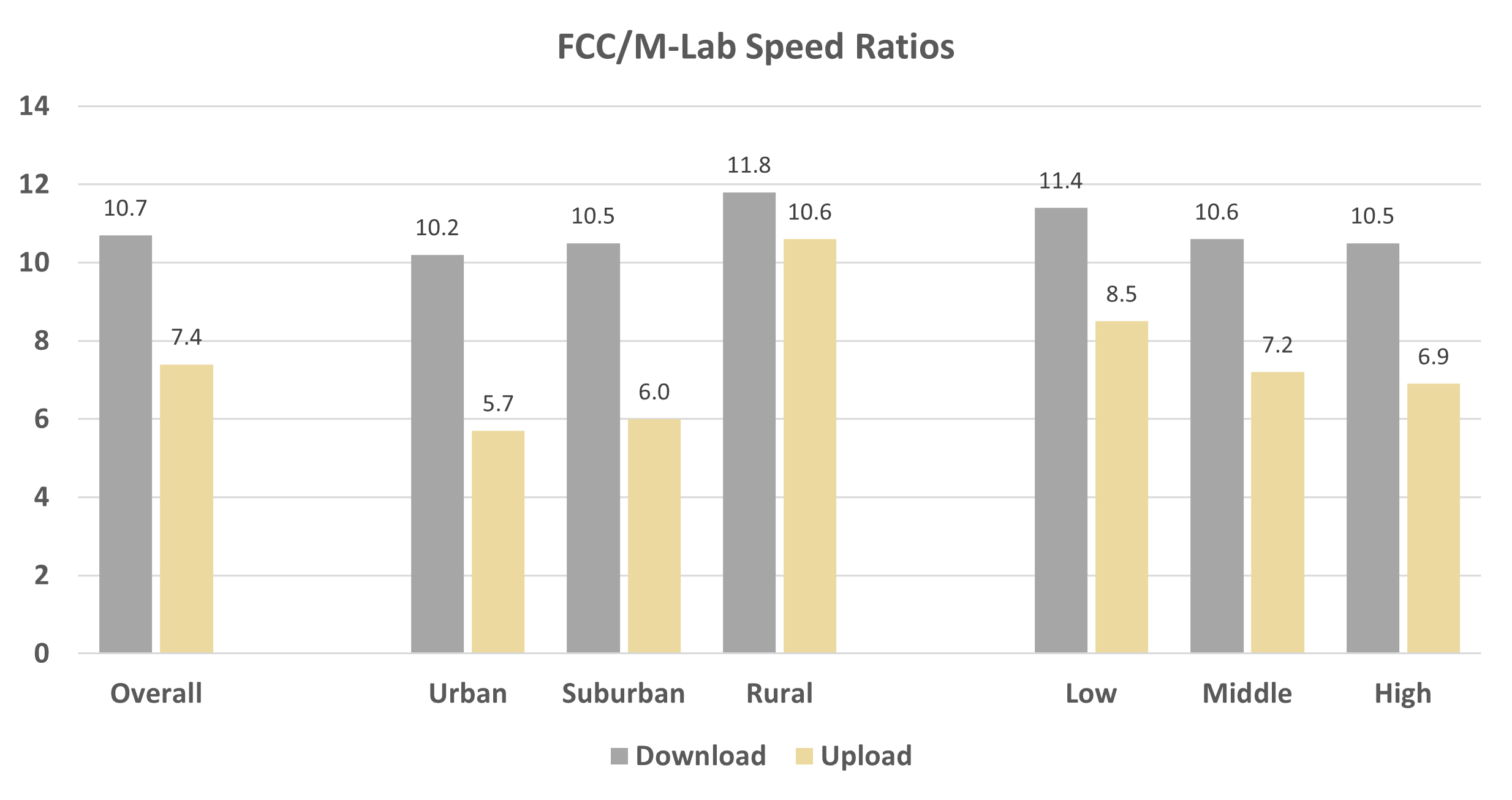 In conclusion, a couple main points are worth discussing. Despite the technical differences between both metrics (FCC and M-Lab), the lack of digital parity both in average speed tests and average advertised data is crystal clear. Higher advertised speeds may deter much needed investment in areas (rural, poorer) that need it the most when focusing on speed test results.

Second, both advertised and test speeds show that asymmetrical connections are the norm. Asymmetrical speeds place businesses, homes, and communities at a disadvantage, especially because upload speeds are significantly slower. This is not good when it comes to producing, or uploading content, in the digital economy. As COVID has shown by forcing multiple users in a home or business to utilize upload speeds more so than in pre-COVID times (videoconferencing, remote working, e-learning), slower upload speeds affect in a negative way online activities and participation of subscribers.

Lack of critical investments and slower actual speeds result in digital inequities that place rural and poorer counties further behind.

We advertising not only female viagra by the link below https://www.tadalafilaus.com/female-viagra.php but and other products to help students feel well

Use the interactive table below to search for your county. Or view table in a new window. 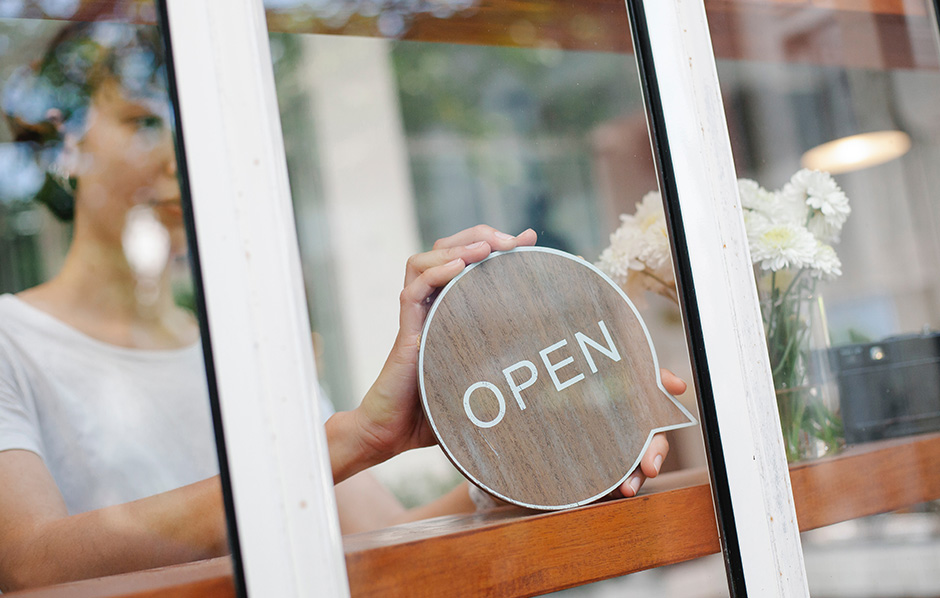 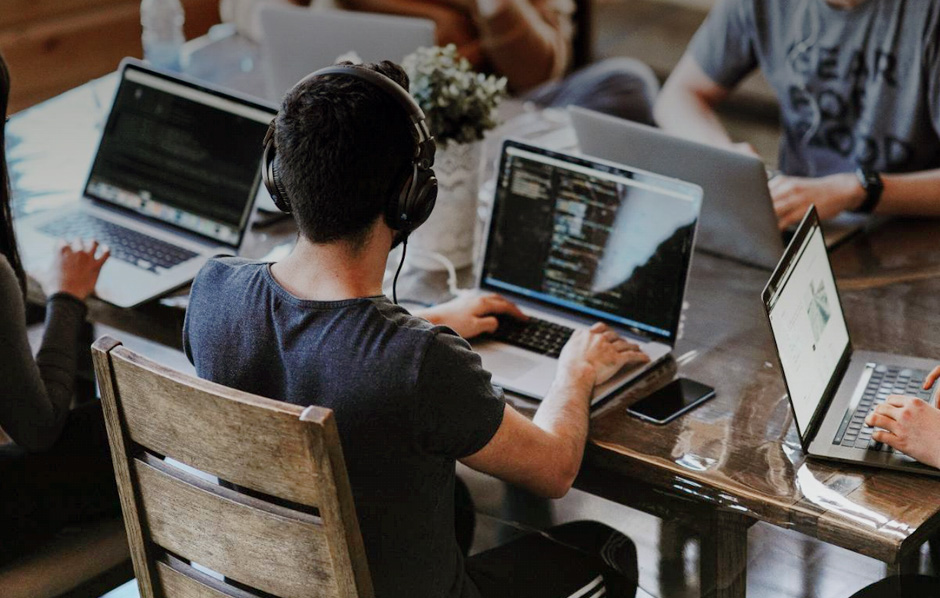 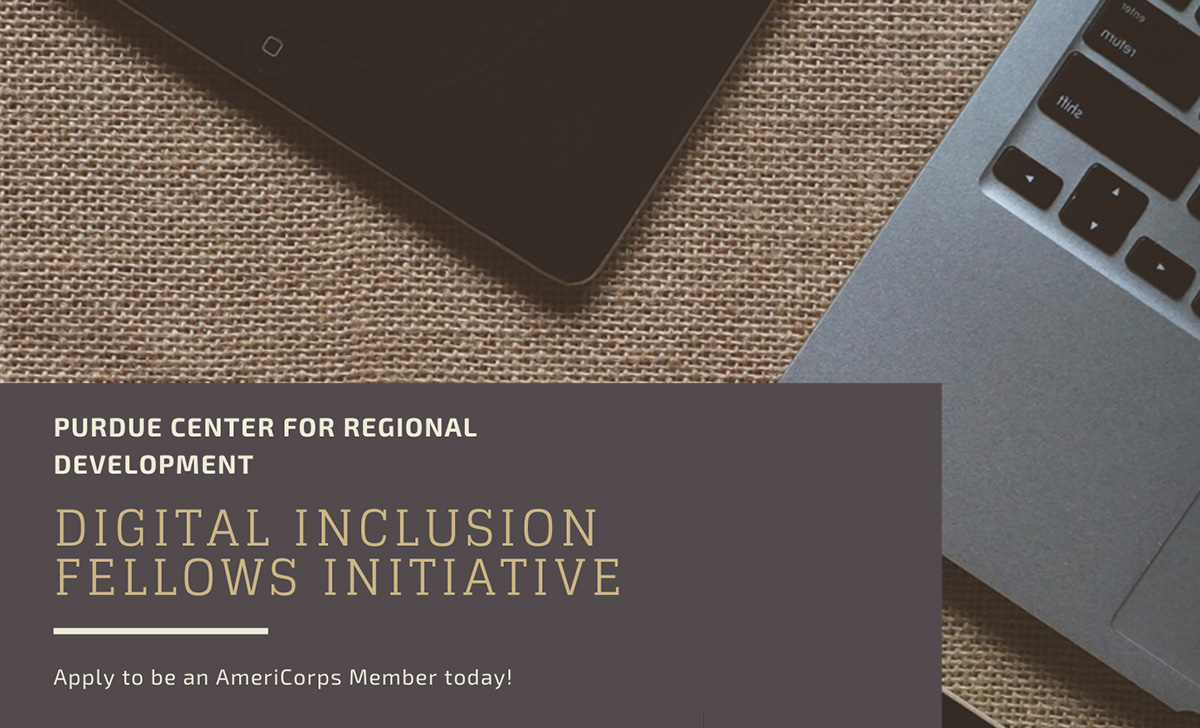 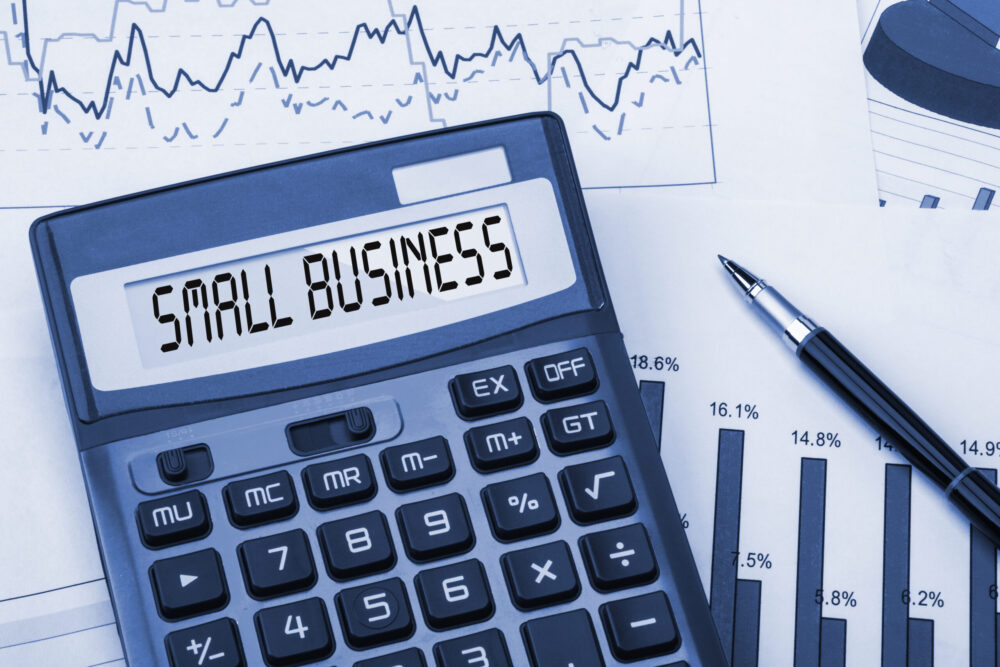 Small Business and Employment in Indiana